Written by Staff Writer at CNN Pope Francis celebrated Christmas Eve Sunday and is expected to make his second trip to Bethlehem as pontiff next week, amid concerns that Western forces and, at least… 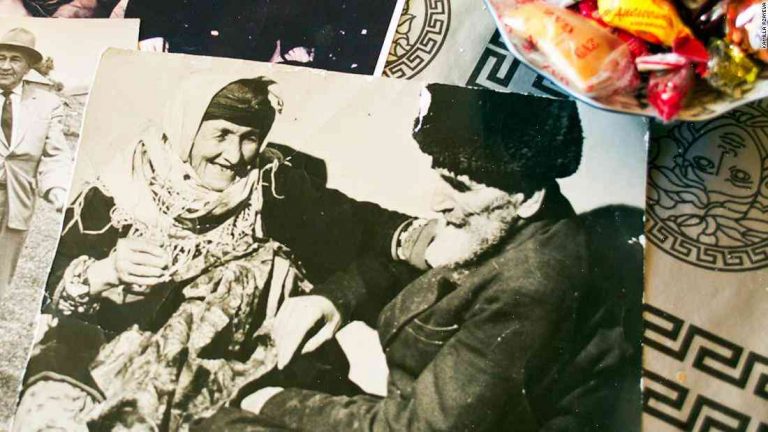 Pope Francis celebrated Christmas Eve Sunday and is expected to make his second trip to Bethlehem as pontiff next week, amid concerns that Western forces and, at least temporarily, the stifling of the “church of the separation” are undermining the viability of the holy city’s Christian population.

Worshippers packed Jerusalem’s Church of the Nativity to see the Pope, who offered a message of hope for the Christian community, saying he had been living with Mary and Joseph in Bethlehem, the traditional birthplace of Jesus, when he was born.

“Since then, I have lived with them in Bethlehem,” he said in a closing prayer at Mass in the church in the Old City. “And that birth I remember every day with joy because I want to also live that birth of Jesus in the heart of the whole world.”

As the city prepares for Christmas festivities, Christians in Bethlehem look back with growing anxiety on the past year, which saw the mass expulsion of Palestinians from the Israeli-occupied West Bank, often known as the “Occupied Territories” in diplomatic terms.

Official statistics from the Fatah-affiliated Palestinian Central Bureau of Statistics (PCBS) show that the Palestinian Christian population fell by 3.9% to 169,000 in 2017, while the Christian Arab population dropped by 4.4% to 7.6% of the city’s residents.

In Israel, the Jewish majority has been cemented, primarily by the large amount of settlement construction — which as a result has become a big bone of contention between Israeli Prime Minister Benjamin Netanyahu and Palestinian President Mahmoud Abbas, both of whom want a future state of Palestine to be based on Israeli pre-1967 borders.

The theology of separation

Christian Palestinians also feel hemmed in by Israel’s “separation” wall, which has cut off around a third of their land from their neighbors in Israel, severely reducing the numbers of jobs and the amount of land that they have available to them.

Nopef Onhati, the Palestine researcher for Amnesty International, warned that the result has been a “slow-motion ethnic cleansing” that has, over time, already removed about 90,000 of the 100,000 Palestinian residents of Bethlehem from West Bank land.

“Although the number is relatively small, they’re increasingly isolated from their brothers and sisters in Gaza and East Jerusalem,” he said.

Much of the current solution to the ongoing exodus of Christian Palestinians to other parts of the world comes down to two factors.

According to Onhati, Israel seems to be making a concerted effort to keep these Palestinian Christians — and those who live in East Jerusalem — out of Jerusalem, where there’s much more upward mobility than in the West Bank.

First, Israel plans to move the Israeli-occupied Old City’s pedestrian metro that stops in the northern part of the city at Pisgat Ze’ev, an Israeli suburb of East Jerusalem, into Jerusalem proper. Second, he said, there’s an “institutionalized attitude” among the Israeli side that trying to keep people from their East Jerusalem apartments could be used as “convenient leverage” in later negotiation of possible Israeli-Palestinian peace.

Some Palestinian Christians are taking matters into their own hands.

The settlement-building has attracted prominent Catholic philanthropist U.S. financier George Soros into the Jewish state, though he has taken a “wait and see” approach on the issue for now.

Soros argues that annexing East Jerusalem into Israel won’t solve a bigger problem — making way for a Palestinian state in the West Bank, something Arab Christians are still strongly against.

And in a situation like this, where there’s a strengthening of the Palestinian “family” under siege, it’s unclear what — if anything — “you can call normalization,” said Freimuth Beylen, a professor at the Institute for Christian Arab Studies in Jerusalem, referring to the growing Palestinian diaspora in Europe and North America.