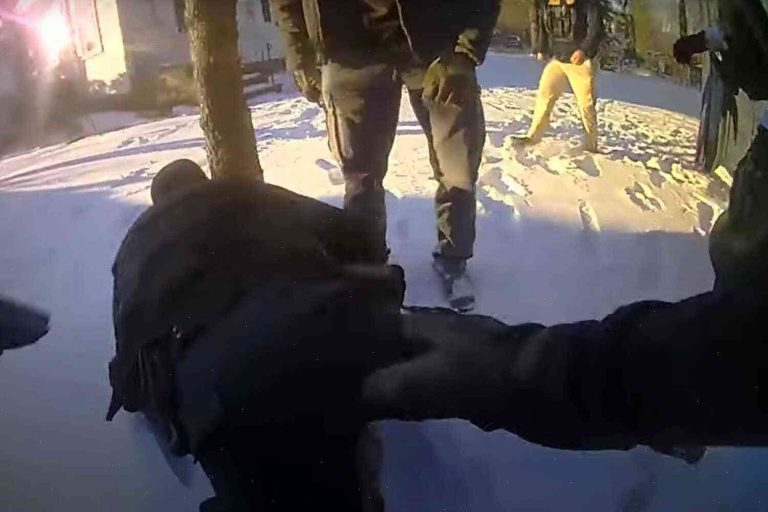 Three Los Angeles police officers will be disciplined and criminally prosecuted after an investigation by the Department of Justice found that the officers had used excessive force in the arrest of an unarmed black teen in July 2017.

On July 9, 2017, approximately 30 officers responded to a call regarding two teenagers who had been robbed, according to the report released Monday. When officers arrived at a home, they found 19-year-old Alexandria Alvarez, a father of two and UCLA student, near a fence with suspected drug paraphernalia. In an interview with prosecutors, Alvarez said that he thought police were there to talk about his girlfriend’s missing purse. When Alvarez tried to hand officers his cellphone, one of the officers pointed a gun at him and instructed him to walk toward the pool area.

When he did, Alvarez was arrested for violating a Los Angeles ordinance that prohibits teenagers from loitering at pools in residential neighborhoods, and put in handcuffs.

He was handcuffed and later brought into a squad car, and taken to the police station for processing. Surveillance footage from the station — available online — shows an officer getting in Alvarez’s face, as the officer pushes against his handcuffs, striking him on the head and body. Alvarez said he could not breathe, and after he collapsed on the floor, another officer handcuffed him and placed a spit mask over his face. Several officers entered the room and began to pat Alvarez down.

Alvarez’s attorney, Amy Hertz, said that she was considering pursuing a civil suit against the city.

At the station, two uniformed officers left their line of sight, emerging about 20 seconds later and handcuffing Alvarez. Another two officers walked him outside into a parking lot.

While seated in the back of the squad car, “they continued to harass [Alvarez] with questions about his girlfriend and his drug activity,” Hertz said.

At the end of the ride, the officers conducted a pat-down. While a pat-down would usually be done on an officer by an aide, Hernandez said she observed that police officers in this case were not covered by officer aides. She said she understood that the “specialized services” unit — or S.S.U. — leaves its weapons at a separate location from the rest of the squad, but said that the officers “should not be trained on the impact of prolonged procedures on an inmate.”