A day after offering to bury his hated foe, Ethiopia’s president is facing criticism for stirring up violence. At the weekend President Abiy Ahmed said he would offer his longtime enemy, Prime Minister Hailemariam… 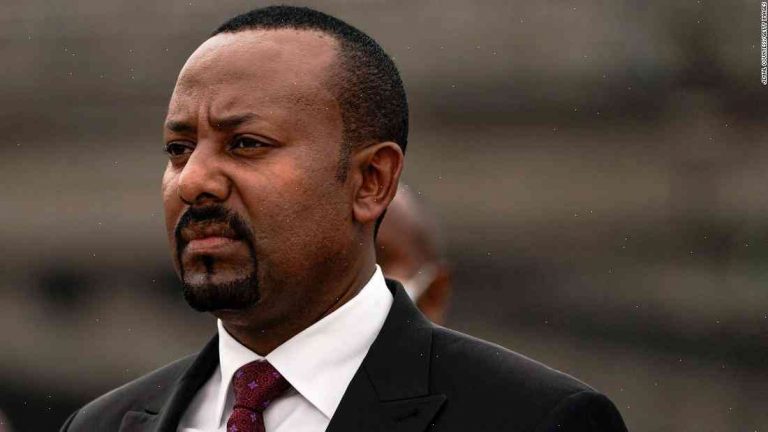 A day after offering to bury his hated foe, Ethiopia’s president is facing criticism for stirring up violence.

At the weekend President Abiy Ahmed said he would offer his longtime enemy, Prime Minister Hailemariam Desalegn, an opportunity to finally bury the hatchet.

A day later the two men, who have clashed for years, had a heated exchange of insults.

Observers have been divided in their opinion of the offer.

Some claim the offer was meant to instill confidence in the peace process.

But his top foreign aide, Bereket Simon, a close ally of the prime minister, says the offer was not meant to incite violence.

Ms Bereket says the government would be “responsible” for ensuring no harm comes to Mr Hailemariam or Mr Abiy’s family.

However, the battle of words over Ethiopia’s power struggles were revealed on Saturday when it was revealed the pair had exchanged extremely abusive language in front of crowds at a rally for supporters of the ruling coalition.

Mr Hailemariam told Abiy “it is better to be sacrificed then to be defeated”, as the leaders battled to assert control over the population.

Mr Abiy retaliated by asking if Hailemariam’s wife would join him in a graveside burial.

“We will not lose this battle because this is a victory for Ethiopian democracy,” Abiy told his audience.

Both men later issued statements which removed any suggestion of war between them.

But controversy continues to swirl around the dispute.

Western governments and international organizations have expressed concern about the public spat and called for an end to the war of words.

But the news will be a powerful reminder of the tensions between the two men, which could erupt into violence at any time.