PHOENIX — Haason Reddick forced three fumbles in the fourth quarter for the Arizona Cardinals, leading the Cardinals to a 23-13 victory over the Seattle Seahawks on Thursday night. Arizona (3-13) snapped a 12-game… 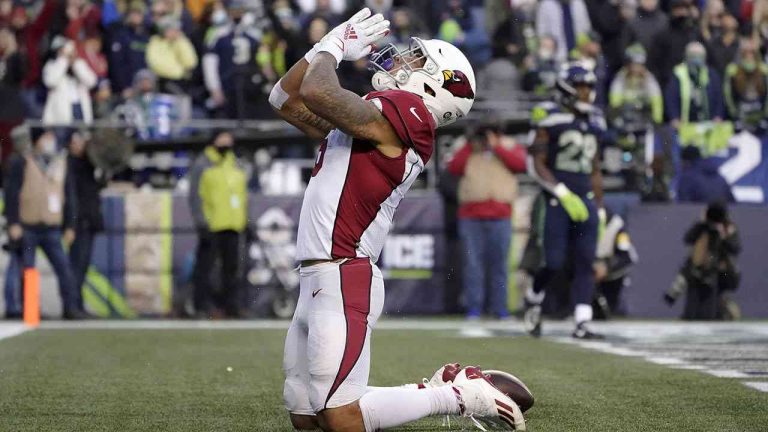 PHOENIX — Haason Reddick forced three fumbles in the fourth quarter for the Arizona Cardinals, leading the Cardinals to a 23-13 victory over the Seattle Seahawks on Thursday night.

Arizona (3-13) snapped a 12-game losing streak and kept the franchise from a franchise-record 0-16 season.

It was an unusually sloppy affair for Arizona, including all three of the Seahawks’ turnovers in the final 20 minutes. The Cardinals’ three turnovers came in the second half.

No one was playing at a higher level than Reddick.

He had his third career forced fumble on the opening kickoff of the fourth quarter. Seattle’s Tyler Lockett fumbled, and Larry Fitzgerald recovered, Arizona at the Seattle 20.

For Arizona, the first game of Bruce Arians’ final season was a fitting farewell.

Arians said he intended to retire at the end of the season, but has said repeatedly he will step down if the Cardinals don’t make the playoffs.

The Cardinals lost most of their starters in the first half, mainly because of injuries. Arians plans to go with what he calls his “sixth defensive package” every game and his top players would come off at various times to rest. On Thursday, that meant a mix of starters and reserves.

Wilson was 19 of 29 for 158 yards, and had the Seahawks in position for the tying field goal in the final minute, but just couldn’t find anyone open. Seattle managed only one first down in the second half.

The Cardinals scored on the game’s first possession when David Johnson ran a direct snap to himself and scored on a 26-yard run.

Seattle answered on its ensuing possession with a nine-play, 68-yard drive that was capped by Wilson’s 14-yard TD pass to Doug Baldwin.

However, the Seahawks led 10-7 at halftime when Dawson kicked a 25-yard field goal with 1:13 remaining in the first half after Arizona drove to the Seattle 20-yard line.

Arizona’s Patrick Peterson, playing his first game since Oct. 21, was pulled from the game for X-rays on his right hand that showed no break.

His injury was not long-term.