There’s a new trailer for the unreleased movie “Pam & Tommy,” in which Pulp Fiction stars John Travolta and Uma Thurman re-team to play a “now divorcing couple.” “Theatrical distribution for this unreleased film… 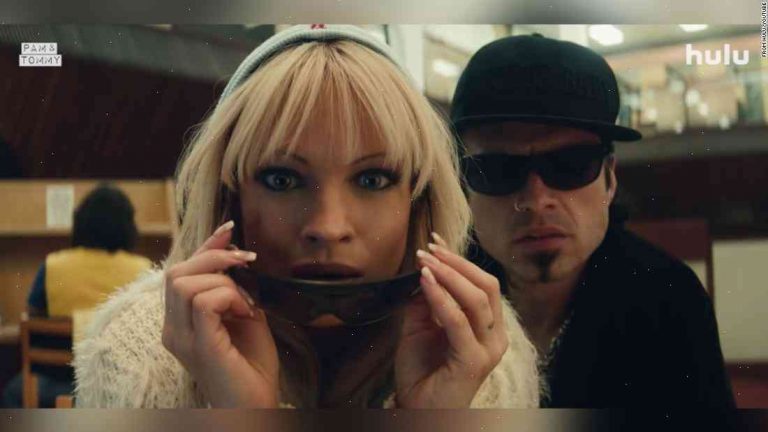 “Theatrical distribution for this unreleased film will be announced in the near future,” Magnolia Pictures/Netflix announced.

In the midst of trying to get Travolta into the mullet suit he wore in Pulp Fiction, Thurman trades it for something a bit racier, complete with a bralette and the title, “Solutions.”

Travolta’s Pam is pushing her son to graduate and, when he tells her, “It’s going to be a tight-ass day tomorrow, Mom!” he remarks, “What if we’re in trouble?” Thurman’s Tommy offers to save him from himself.

The movie’s plot includes cameos by Russell Crowe as a former tennis pro and R. Lee Ermey as an old Army drill sergeant, but only a lazy primary viewer would dare to expect anything other than canned dialogue and a physically battered Travolta. And yet, even a casual onlooker wouldn’t want to miss this cutaway scene.

In other Scary Movie news, Billy Ray Cyrus updated his WWE career to an M.C. role, where he promised “rage in a cage.” And a “The Walking Dead” actress died, because Jennifer Pert is full of surprises.