It was a long road trip for the New York Jets on Thursday night. After winning two of three games on the West Coast, the Jets began a return trip back east by landing… 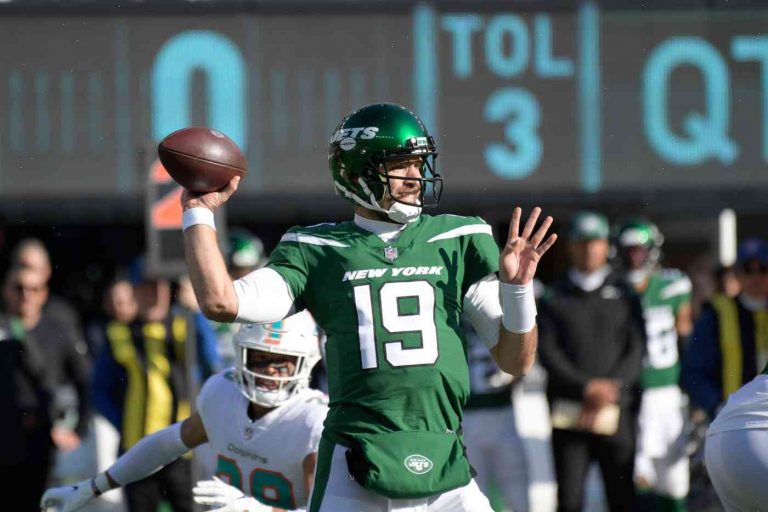 It was a long road trip for the New York Jets on Thursday night. After winning two of three games on the West Coast, the Jets began a return trip back east by landing in Miami for a Week 2 matchup with a Dolphins squad winless so far this season.

The Dolphins were looking to get back in the win column and did just that thanks to a dominating 26-6 victory at Sun Life Stadium, their third consecutive win in the AFC East.

The Jets answered the bell, bouncing back from a first half in which they had allowed only 19 yards rushing on 11 carries and trailed by only six points at halftime. New York kept the pressure on, forcing Miami to punt on their first three possessions of the second half before stuffing Jay Ajayi for a loss of two on fourth down.

The Jets got a first down on the ensuing drive that ended with quarterback Josh McCown connecting with Jermaine Kearse for a nine-yard touchdown pass. That gave New York a lead they wouldn’t relinquish for good and they would hold on for the win.

The Jets were leading 16-6 after three quarters, but the Dolphins actually put a little pressure on McCown on the Jets’ first possession of the fourth quarter. Ajayi scored on a six-yard run to make it a two-score game, but the Jets retaliated a minute later with a 57-yard touchdown run by Brandon Shell. The Jets took their first lead of the game, 16-14.

Miami did manage to get to New York’s four-yard line on their ensuing possession, but a holding penalty made it fourth-and-one. The Jets stood up their ground, holding the Dolphins to a short field goal.

The Dolphins dominated the fourth quarter, putting up 12 unanswered points for the victory. The victory was just the Dolphins’ second in their last 14 regular season games in New York.

Miami moved their record to 1-2 on the season, while the Jets are now 1-2 and are trailing the Patriots and the Bills in the AFC East.

The Jets used an aggressive offensive strategy to defeat the Dolphins. There were no particularly potent drives, but the Jets played to their strengths by challenging the Dolphins’ defense. The best example of that strategy came with 3:10 remaining in the fourth quarter when New York took over the ball on its own 37-yard line. McCown completed six straight passes to move the Jets to the Miami 32, but on fourth down the Dolphins stood strong and the Jets turned the ball over with 2:52 left on the clock.

The Dolphins got on the board first, only to see it erased by a 58-yard punt return touchdown by McCown. Jacoby Brissett, the rookie quarterback drafted by the Colts with the franchise’s first selection in the 2018 NFL Draft, took the snap and ran 53 yards before being tackled by Kiko Alonso. Brissett stayed in the game and the rookie went to work, completing one pass and rushing for six more before being injured during a 30-yard gain. The loss put the Bengals up by two points, but New England would score 23 points in the next two quarters to put the nail in the coffin.

McCown took the first snaps of the game at quarterback for the Jets. He completed 14-of-23 passes for 171 yards, including a touchdown pass. He also ran five times for 16 yards in his only appearance of the night.