A Nigerian panel investigating the shocking shooting deaths of 12 people at a toll booth near Lekki in February has accused the military of causing the violence. The shooting by soldiers at the toll… 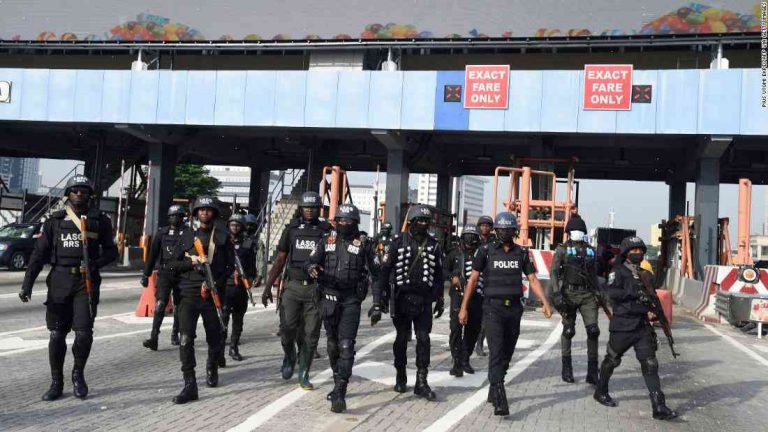 A Nigerian panel investigating the shocking shooting deaths of 12 people at a toll booth near Lekki in February has accused the military of causing the violence.

The shooting by soldiers at the toll gate was a political move to discredit officials, according to the panel’s findings.

“It is quite clear that there were some rascals that were put on duty in this area, who went to check the company [sic] of the military and during that check they shot at those police personnel,” the panel’s report said.

The residents who responded were not armed, the report said.

“We must state clearly here that the soldiers did not provide security to anybody, as they were not supposed to be on the duty,” it added.

Maloof Umar Farouk, the deputy inspector general of police in Lagos, is due to appear at the panel’s session on Wednesday.

Also on Wednesday, the Shomolu branch of the Nigeria Police Force appealed to civilians to cooperate in confronting criminals.

“There is a little thing called kindness,” the Lagos police spokesperson said. “In passing the message to the public, we would like the advise they should be mindful of what they say, especially, to people to report crimes.”

Since 2013, the country has been hit by an intensifying wave of violence along its coast by Islamic militants.

In February, while driving to work, James Yusuf ran into trouble with police at a toll gate near Lekki. When he obeyed an order to pay and drive off, shots rang out and he and 12 others died.

Five soldiers and one soldier, suspected of having committed the shootings, are currently awaiting trial.

‘Tiger King 2’ Is Tearfully Confusing and Empty of Power, but Totally Inspiring