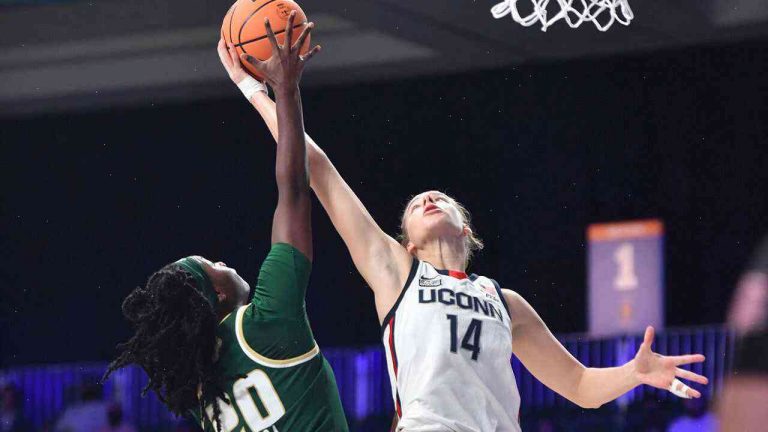 Desi Rodriguez had a career-high 16 points and No. 2 UConn beat No. 23 South Florida 60-53 on Wednesday night to pull even with SMU atop the American Athletic Conference.

Napheesa Collier added 13 points and a career-high 16 rebounds for the Huskies (19-1, 8-1 AAC), who played without point guard Crystal Dangerfield, who sprained her left ankle in the first half.

Morgan Tuck scored 12 points and Terry Larrier had 11 for UConn.

Kim English, who is averaging 22.5 points per game, had just three and had two turnovers for the Bulls. It was just the second time she’s scored under 20 in the past 16 games.

UConn: The Huskies lost Dangerfield, their starting point guard, when she twisted her ankle midway through the first half. She had to be helped to the locker room and did not return. The team went to 6-2 with Faith Woodard, who started in her place, until her late-game departure with foul trouble.

South Florida: English is still the leading scorer for the Bulls, but that will change if and when Loren Motley returns to the lineup. The senior forward and All-American candidate hasn’t played since a foot injury in the season opener.

UConn: The Huskies play their last home game of the regular season against Louisville on Sunday.