A march is being held in solidarity with the demonstrators in the Wet’suwet’en village who are continuing to stand their ground against loggers in their traditional territory in the Trans Mountain pipeline expansion project…. 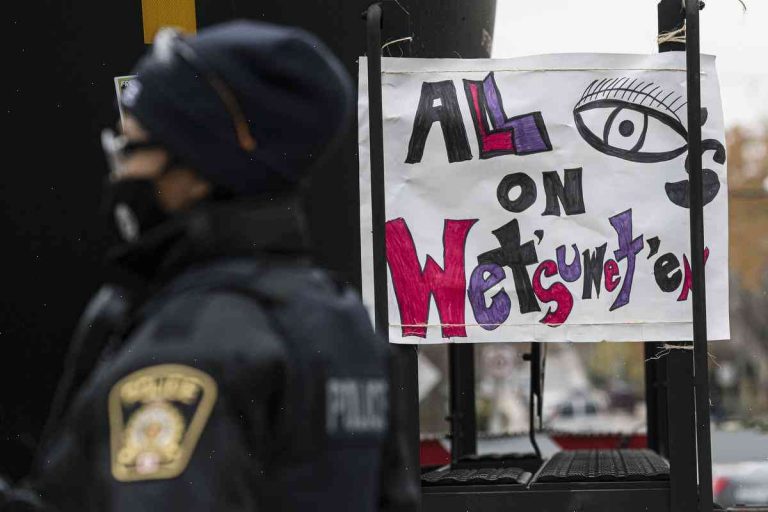 A march is being held in solidarity with the demonstrators in the Wet’suwet’en village who are continuing to stand their ground against loggers in their traditional territory in the Trans Mountain pipeline expansion project.

The protest is being organized by a group of British Columbians who believe the Wet’suwet’en community faces serious economic harms that they are not being able to protect themselves from.

The Wet’suwet’en say they have been at loggerheads with proponents of the Trans Mountain pipeline expansion project since 2014 when the National Energy Board (NEB) began an assessment of the plan to double the pipeline’s capacity.

The NEB approval ultimately came into effect in July of last year and the pipeline is under construction now, up against a growing population of protesters who want to see it stopped.

The protest began Monday in the city of Burnaby where B.C.’s biggest city – and the gathering ground for the rest of the project’s path through the provincial government – and its nearby oil-spill response system have become very contentious points of contention.

The protesters have had little luck in finding supporters for their cause in Canada and the Western spirit of justice isn’t leading this effort. In the U.S., they are being supported with the slogan “Cayucos a reverenciar en falta del Sudo!” (“Boston is accepting you!”) but Canadians only rally behind attempted atrocities when it’s safe to do so.

By joining this show of solidarity for the Wet’suwet’en, you join Canadians in condemning commercial logging and the industrialization of nature that is being carried out in their native territories. You are not alone. Canada’s embassies in various countries around the world are also calling for the halt of work on the pipeline expansion project and will not be sending the companies they do deal with past their doors.

Canada must confront its past, stop the current collusion with industry, and restore the primacy of the Wet’suwet’en’s rights on their lands to the point where they are no longer considered any longer a threat to them and their long-standing cultures.

View the full map of the protest (via Facebook).