Romania is fighting a long-running outbreak of diseases, then has to deal with viral ‘cov-19’ backlash

Romania has been battling a number of infectious diseases, from Eastern European Typhoid Fever to the Rohingya E. Coli, long before this week’s global “cov-19” surge became a category-five phenomena, according to Seve Sipos,… 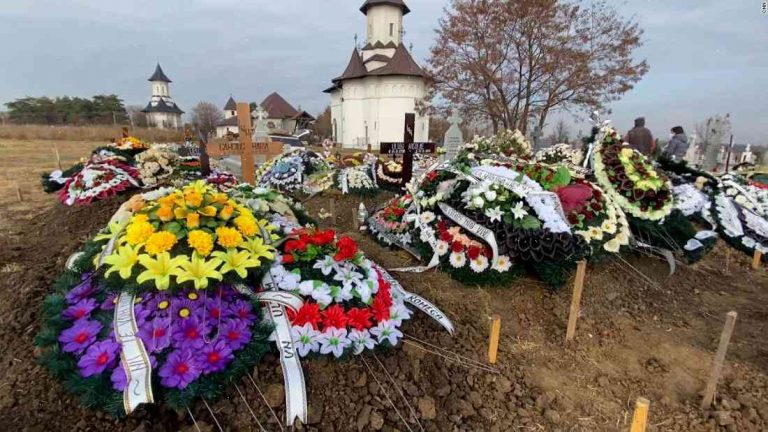 Romania has been battling a number of infectious diseases, from Eastern European Typhoid Fever to the Rohingya E. Coli, long before this week’s global “cov-19” surge became a category-five phenomena, according to Seve Sipos, coordinator of public health measures for the government of Romania.

But what most shocked him about last week’s “cov-19” outbreak — along with a sudden increase in flu and the perception that he is blaming vaccines for the surge — was the massive number of people taking to the streets.

An explosion of the disease’s “effects coincided with an overall sense of discontent and suspicion against vaccines,” Sipos said in an interview with The Washington Post.

The group of persistent protesters includes pediatricians, students, a retired army general, even a mayor. Antena 3 TV even aired an interview with a grandmother concerned about autism, declaring that “vaccines aren’t safe.”

Sipos said Romania has been vaccinating one child every other day against polio. But national vaccination rates are not as high as in France and Germany, and a European Union spokesperson earlier acknowledged that its intention to shorten the vaccination time from six months to one was prompted by the lack of response among Romanian health officials.

Sipos blamed the sudden growth of concern — in Brussels, the government has now started to blame the vaccines for another flu epidemic — on “negative elements within society, within the press and within, in many cases, the institution itself.”

Demystifying the topic could be the beginning of fixing a problem that remains complex and unclear to average citizens.

It has been less than two weeks since the outbreak began, yet people keep coming out on the streets because they feel the mandatory vaccination time for elementary-school children is short and the uproar is unacceptable. They are not willing to let it go, despite the government’s declaration that the vaccination end of the flu season is just about to begin.

Nevertheless, street protests have only increased in a rush of discussion about the subject: conversations about the vaccine on Facebook were up 49 percent last week, compared to previous weeks.

And doctors have had to turn away at least two patients who were agitated.

“In general, we don’t see anti-vaccine rhetoric, but the vocal minority does not represent the majority of people in Romania,” said an ethics adviser from a state hospital in Brasov who asked to remain anonymous for his own safety.

“They are two-to-three times more educated, but instead of discussing the reasons for these reactions, they are speaking of the scientific evidence.”

Anti-vaccine materials have been distributed nationwide this month, prompting the government to warn people to keep away from them, and schools to ban cards with similar wording and labeling. But they have not done enough to shield Romanians from the widespread of the campaign by an alliance of antivaccine organizations which are trying to show that vaccines are actually harmful.

The debate has grown more intense in the wake of investigative reports that claimed Belgium and Canada’s only vaccine manufacturer was about to shut down because it was losing money. Hundreds of lawsuits have been filed on behalf of children who died.

A report in The Intercept on Thursday said the Belgian vaccines manufacturer makes at least 600 million euros ($743 million) each year and is facing a future of restructuring. The article spurred the Romanian government to bar antivaccine organizations, which have called on the company to create a “black list” of vaccine manufacturers.

FDA may approve famous Alzheimer’s drug for all patients