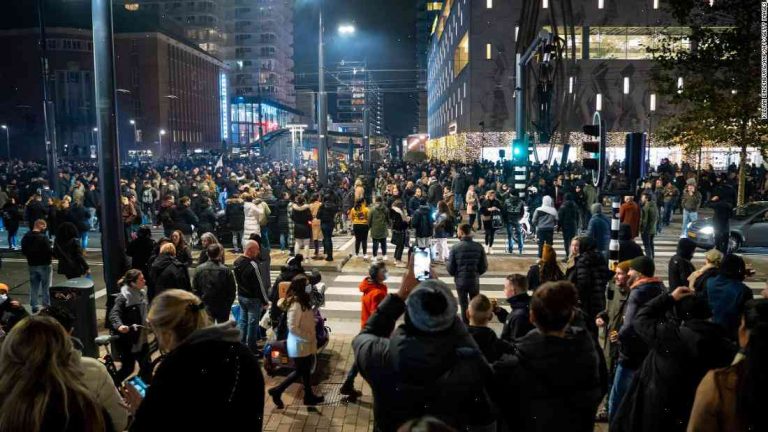 Dutch police have fired warning shots to clear anti-lockdown protesters from a residential street in the capital, Rotterdam.

Police fired the shots after 400 people from anti-graft group OPINI marched towards a tax authority office in a protest against a mandatory lockdown policy.

The group has been demanding that the private office be vacated. It prompted the lockdown policy in the first place.

Rotterdam’s government is currently in discussions with OPINI.

The lockdowns, which come into force in 30 days, initially triggered violence in the city last month.

The lockdowns are now required for anything considered a “dangerous action”, such as closing the city’s underground train station or removing traffic from the city centre.

Outside the tax authority, police used water cannons and tear gas to clear the square, which had been filled with tents and barricades by anti-lockdown protesters.

Over 100 arrests were made and 20 people were injured during the riots, according to Dutch news agency ANP.

One construction worker suffered a stab wound after he tried to protect his colleagues, he tweeted.