MOSCOW — Belarus cleared three camps along its border with Russia on Monday as the first repatriation flight left for Iraq with dozens of Uzbek and Moldovan migrants, news agencies reported. Authorities in the… 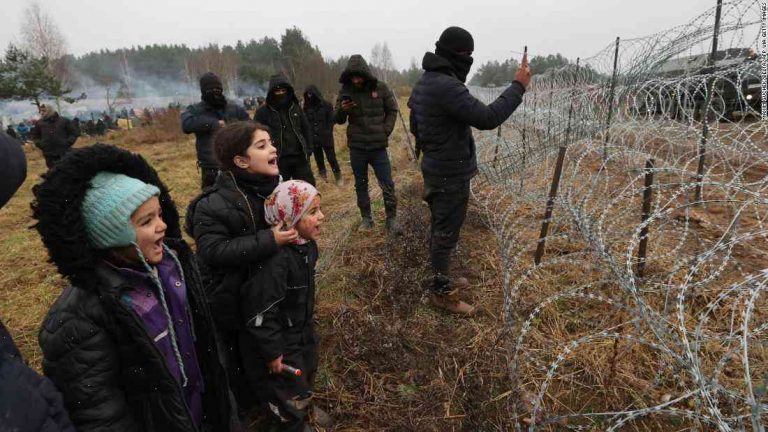 MOSCOW — Belarus cleared three camps along its border with Russia on Monday as the first repatriation flight left for Iraq with dozens of Uzbek and Moldovan migrants, news agencies reported.

Authorities in the former Soviet republic closed the camps overnight after having announced last week that they would shut the camp in Grishinivska. The complex had housed about 2,000 men, women and children for two years.

In Minsk, the Belarusian capital, thousands of people turned out to protest the closure of the camp, held for 1,700 migrants. Security forces dispersed them by shooting gas, a Belarusian official told The Associated Press.

Earlier, state news agency Belta published photos of riot police trying to disperse protesters from a square. In another image, police ordered people to leave a subway station in the city center.

Belarus, a mainly agricultural country, struggles with high unemployment rates and an economy that has been growing slowly despite its major oil and gas resources. Many migrants work in the low-paid mining and agricultural sectors.

On Monday, a plane carrying 70 men, women and children from the Grishinivska camp left Minsk for Erzurum in southwestern Turkey. Russian news agencies reported that Ukrainian citizens were also among the deportees.

Since 2015, the Russian government has agreed to take back all migrants who reached Russia’s border with Ukraine.

Residents from Uzbekistan, Moldova and Latvia have also been stranded in the camps as Russia rejects their requests to stay in the country.

Earlier this year, about 1,000 migrants were returned to Kazakhstan, another former Soviet republic.

Boulder: Man identified as missing classmate from 1960 years after his remains found in cemetery