Washington Post. — At 7 p.m. on a Saturday night in October, two weeks into its season, Craig Favia will send a team of writers to a house in Baltimore to gather names from… 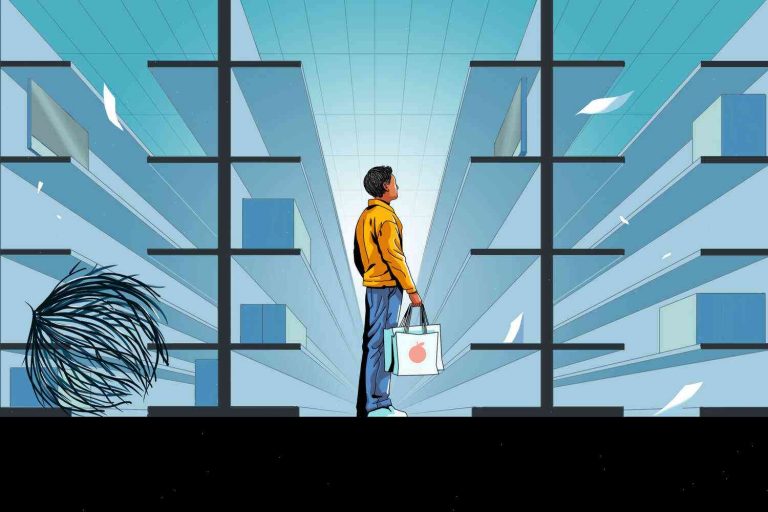 Washington Post. — At 7 p.m. on a Saturday night in October, two weeks into its season, Craig Favia will send a team of writers to a house in Baltimore to gather names from the world of tech journalists and tech lovers. They’ll mix these with data about a person’s interests and personality, and their sketch is designed to appeal to the last person on the Christmas list of any of the Washington Post’s regular readers: The buzzed-about tech reporter, the tech addict, the pro gamer, or the rabid music aficionado.

This year, that final reader—Tech Editor Alexis Madrigal—could be the winner of a $7,000 cash prize (per person) if the site’s in-house marketing team thinks it can land Favia as the coveted prize. After trying to buy Favia’s old $400 pad on Airbnb, the marketing team is launching a campaign around it. The move reflects that managing influencers has become an ever-important element for the Post in a year of buoyant digital growth that could one day make it more important than the print version of the paper.

The Post itself has done a better job than its chief competitor, the New York Times, harnessing technology to grow and pivot its offering. In a time of “print migration”—when every paper is trying to transition readers into digital advertising, and some still have not—the Post has captured the attention of many people by selling a coherent product that personifies the power of the Post’s sprawling news organization, and Newhouse-family controls.

It’s not always easy to pull off these kinds of wins. A deep dive into the data that the paper’s marketing team uses to score profiles of tens of thousands of readers in February found that while the accuracy of some of its data is something of a race between the sales people and those who use it to predict their readers’ preferences, the woman who chooses Madrigal could be onto something. His Twitter and Facebook mentions, unlike most others, are not dominated by posts about Donald Trump, however noted the outlet he works for has as of late. And the culture staff understands the stories Madrigal most enjoys covering—about complicated subjects that fly in the face of media norms—because they have met him in person or have seen him on tv.

It all amounts to data that can be used to project more accurately who a reader is and whom it might like to read. Favia’s Reddit mentions indicate that he likes deals and deal breakers; the Post’s team knows if a user has a love of cryptocurrency, and if the user also has a love of P. Diddy, and can suggest an article for them about his favorite billionaire giving $125 million to anti-poverty organizations. The data gets even more robust, however, if the reader listens to Favia’s podcast. (Hint: It was called “#StartUp” and was about the future of the internet.)

This dominance in data mining will allow the Post’s reporters to fulfill their promise to readers that they’ll produce the stories they feel “matter.” That promise was at least one of the most emotional ones in the paper’s history, which ran in its owner’s stead while he was in jail during a federal investigation:

Of course, as the acrimony of the Washington Post is in the newspapers of all ages, the promise of unimpeachable journalism is no more or less significant than it ever was, and many writers and editors are hopeful that the growing role of social media will both turbocharge the Post’s expansion and preserve the integrity of journalism in a new and changing age.

In one way, that seems to match the message of Grace Hopper, the Post’s CEO under Don Graham, who hired Madrigal, who, along with several other top staffers in her era, worked as sales representatives before graduating with a computer science degree to land a very small handful of tech jobs—including Favia’s—at the Post.

“The job of the technologist at this institution is to keep our business’s heart beat strong, to serve the reasons for its existence, and to work his or her hardest to make the world a better place.”