Teresa Woollacott, the vice-chair of Toronto Public Health, made waves this week after she offered a blunt assessment of city council’s decision last week to lower the limit on carbon dioxide emissions from new… 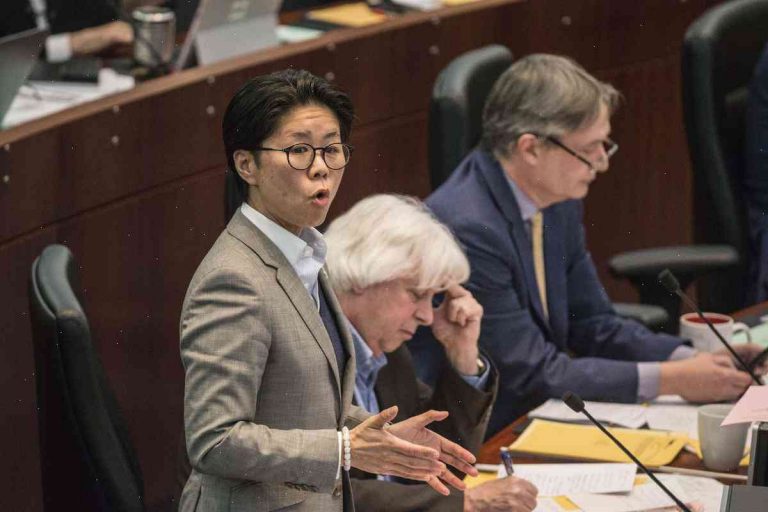 Teresa Woollacott, the vice-chair of Toronto Public Health, made waves this week after she offered a blunt assessment of city council’s decision last week to lower the limit on carbon dioxide emissions from new vehicles sold in Toronto to 50 parts per million.

“These types of policies have tremendous consequences, and we really need to consider all the implications for our air quality, especially as we continue to air-quality issues on a daily basis,” Woollacott said at a luncheon with reporters.

On Wednesday, Toronto Public Health issued a statement to clarify Woollacott’s comments. Woollacott was referring to the impact COVID-19 could have on the city’s air quality, not the current policy, the statement said. “We need to talk more about the impacts of this change to the vehicle emissions standards in the context of an improving global climate solution,” she said.

City council voted in favor of lowering the COVID-19 standard from the current 70 parts per million to 50, nearly triple the standard in other parts of North America. The policy does not apply to existing vehicles and commercial fleet vehicles, although city officials have said they plan to renegotiate those agreements in the future.

Last year, in response to what the city called a “persistent and disturbing” increase in the number of people dying from air pollution, the council passed a motion to look at reducing gas emissions in some of the most vulnerable groups in Toronto — including senior citizens, children and people with pre-existing medical conditions — to avoid further health impacts from air pollution.

City officials have estimated that passing COVID-19 would save Toronto’s citizens $2.3 billion by 2030, including a reduction in carbon dioxide emissions of 8.8 million tonnes (almost 50 million metric tons) by the end of the decade.

The new standards were first proposed last year by city council’s climate action committee, a body composed of council members and other interested residents that was set up after city council’s adoption of the city’s climate strategy in 2016.

The policy change was met with mixed reactions from the auto industry, environmental groups and the Canadian Environmental Lawyers Association.

Amin Atta, a spokesman for the Canadian Environmental Lawyers Association, told The Washington Post last week that COVID-19 is “not in keeping with the explicit mandate from city council in seeking to slow climate change and reduce air pollution.” He added that the organization would “pursue legal action if necessary to protect the public from these harmful and disproportionate impacts.”