Two of Africa’s top mathematicians are leaving their jobs to seek greener pastures elsewhere. Dr. Abdoulaye Belkhe, a professor of computational mathematics at the University of Witwatersrand in Johannesburg, is moving to the University… 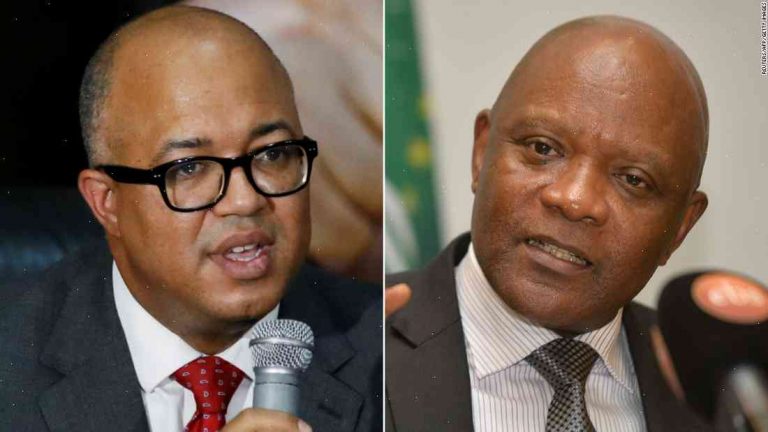 Two of Africa’s top mathematicians are leaving their jobs to seek greener pastures elsewhere. Dr. Abdoulaye Belkhe, a professor of computational mathematics at the University of Witwatersrand in Johannesburg, is moving to the University of Madrid, while Dr. Emmanuel Nigrou, a professor of mathematics at KwaZulu-Natal University in Durban, is setting off for the University of Buenos Aires. They won’t be the first mathematicians to choose a new world job. These decisions are consistent with what has been going on in Africa: as the continent’s emerging economies outgrow the underdeveloped states from which many educated Africans are drawn, the skills that came with being educated in Africa are no longer desirable in those states.

Dr. Belkhe will become director of the Institute of Mathematical Sciences and Technology at the University of Madrid, and Dr. Nigrou is the Russell RAND Professor of Mathematical Research at KwaZulu-Natal University. Their careers have overlapped, and they first met as students in Zaire (now the Democratic Republic of Congo).

“The people I came to know when I was at UWC – most of whom will be graduating in June – are very happy to see me getting a new job,” Dr. Belkhe told the online journal Mathematical Education International. “I know that the UWC network of maths schools in Zaire was affected by budget cuts and that I will probably lose some people I worked with.”

Though they will still be active in their work on Africa, Dr. Belkhe and Dr. Nigrou are now working for European cities. “The benefits of setting up a new institute and acquiring greater resources from Madrid and Buenos Aires are what attracted me,” Dr. Belkhe said. “The staff that I inherit from the UWC and the Zambian mathematics community have done a great job in getting people to come to UWC and be part of the math community and knowledge management institutions.”

Dr. Nigrou was first drawn to work in Africa by his studies as a child. Now, instead of returning to Africa to teach math, he’s pursuing his father’s wishes: to become the world’s first African-born Nobel laureate. Dr. Nigrou’s father, Sir Anthony Nigrou, became a worldwide community leader for the African continent and, in 1966, won the Nobel Prize in Physiology or Medicine.

A science that can expand horizons, perhaps.