Unwanted food in Nigeria being saved for a good reason

Going beyond food banks, which are famous for providing a space to drop off your unwanted leftovers, the effort to save the food from waste is being taken to a whole new level in… 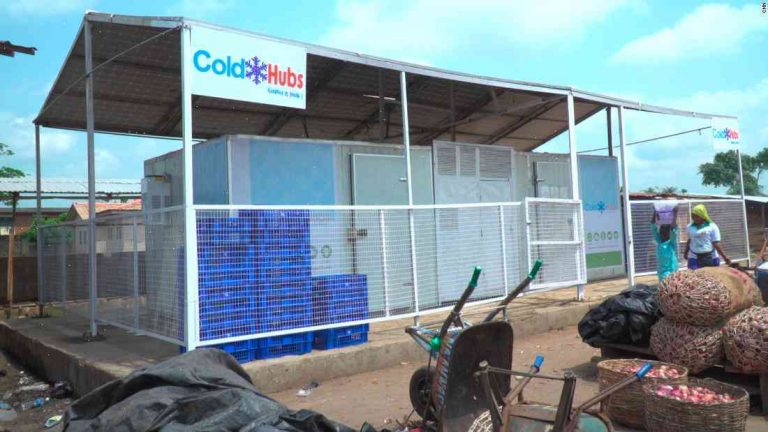 Going beyond food banks, which are famous for providing a space to drop off your unwanted leftovers, the effort to save the food from waste is being taken to a whole new level in Nigeria.

On Friday the U.N. Food and Agriculture Organization (FAO) announced that there are already several “ColdHubs” in Nigeria dedicated to storing cold food. One of them is run by a Nigerian organization called Coldpath, which is working with agricultural waste to make sure that unwanted food, like sorghum or maize, can be put to use.

The Coldpath system works by chilling food to almost 30 degrees below zero, which, when stored overnight, could be kept cold enough to be eaten within two weeks.

The FAO reports that the efforts being taken to preserve food is “rapidly catching on” in some areas, including food banks that are trying to identify surplus food by distinguishing it from items with time stamps from ice cream factories, which sometimes are vulnerable to ineligibility.

Back at the Coldpath central warehouse in Benin City, food piled up on the porch, the local newspaper Village Life reported, because they had run out of space. The awning of the Coldpath laboratory was covered in rice, cocoa and sometimes beef. Yet behind the piling of crates, counter tops, and lockers of products are refrigerators and freezers that can keep refrigerated food safe and cold for up to 35 days.

A farmer attending a day of demonstration also expressed support for the program, saying that it gives farmers an opportunity to consume their leftover surplus, “instead of donating the same to another food bank.”

There are a few Nigerian local roads named after Coldpath, which offers cold storage services in the center of Benin City. The phones at the club’s office also ring when there’s a backlog of crates.