Written by Staff Writer by Juliana Jiménez Jaramillo, CNN Simu Liu was born in Taiwan and has lived in Los Angeles and Paris. He graduated from Western Washington University with a Master’s degree in… 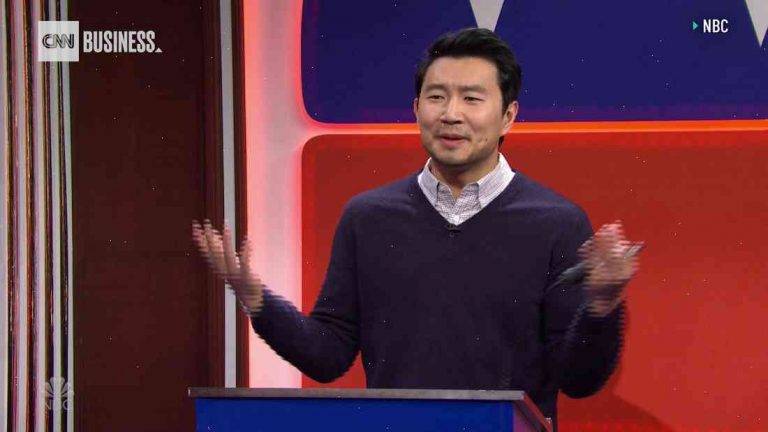 Simu Liu was born in Taiwan and has lived in Los Angeles and Paris. He graduated from Western Washington University with a Master’s degree in journalism, and is now a freelancer. He made his hosting debut on the “Saturday Night Live” Thanksgiving episode, with Alec Baldwin’s Donald Trump.

To prepare for his role, Liu asked his Twitter followers for recommendations, a topic that resonated with viewers. One of them, actor David Arquette, said, “If asked, here’s how I would fix this title as Trump: The Fabulous Brighter Light of Life.”

7 Ways this SNL host’s presidency could work out

For her introduction, hosts have always started with a monologue. For Liu, who is 29, opening with jokes felt “flawless.” He also looked back at his childhood on his podcast.

After his monologue, he said, “I think you’re going to want to listen to the rest of the show.” At the end of the episode, he walked off, shaking hands with Baldwin and cast members.

Before he took the stage, Liu talked to CNN Entertainment as he prepared for his hosting debut.

CNN: How did you prepare for the monologue?

Liu: I think getting to know the audience is very important. The monologue is right after the cold open, and it’s not just a self-promotional video to go on YouTube. So this was my way of prepping to let the audience know that this guy has a personality. It’s less about me, and more about these characters, the talk show hosts.

My goal for the monologue was for everyone to come out and say, “That guy has a character, he is different, he is like America.”

CNN: What did you want to change about hosting the “SNL” Thanksgiving show?

Liu: I wanted to keep the things that were special about the show that people really love. There is a sense of family, there’s a sense of respect. Hopefully I can make them smile.

CNN: What was your most memorable moment on the show?

Liu: I like to think I had a signature moment, it’s not going to happen again. I was so bad on camera that maybe it was a good thing.

It was someone bringing my mother’s shoe, and I showed off her heels. Then the girl sang the song “Proud Mary” — I’m a fan of the rap, because it’s “Proud Mary” — and it started like, “everybody loves Simu” … I got a huge cheer.

It was the most shocking moment of the show. The camera panned around the audience and there was actually the shoe.

CNN: Did you try to improvise?

Liu: I really tried to play the character a little bit. It was a little weird in the beginning, but then I kind of got into it.

CNN: A writer friend of yours sent me the monologue transcript and told me there was a reference to you smoking in an MTV video. What are your views on smoking?

Liu: I don’t smoke. But my intent is probably not what someone would use in a profile for a smoking website. But there’s a lot of weed use in this show, so the idea was, you could use it in an interview, like it’s a gross moment.