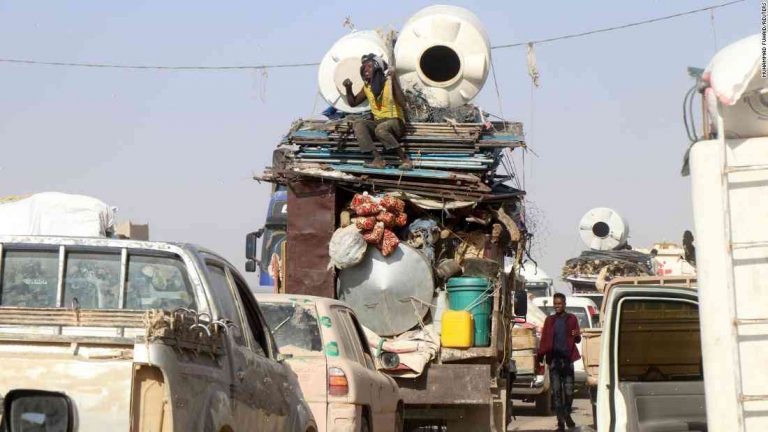 This article is over 1 year old

Yemen’s government forces and allied tribesmen have retaken significant ground from Houthi rebels in the central province of Marib, government and rebel officials said, bringing the two sides close to a full-blown military conflict in the strategic Gulf of Aden oil hub.

The government-aligned troops have twice pushed past Houthi units into the province of al-Mahra. The province has strategic importance, with key sea ports at Hodeidah and Saleef along with Marib.

The fighters have now captured a 200-km stretch of highway that links Marib to the capital, Sana’a, said Abdulqader al-Yalabi, a spokesman for the pro-government fighters.

They were “infiltrating the areas they captured into Hodeidah and the future of the city and ports”, he said, and were also in the south of the province.

In an escalation of Yemen’s war, a military coalition led by Saudi Arabia and the United Arab Emirates had intensified air strikes on Sunday on Houthi positions, saying they had killed 20 and wounded 50 rebels.

Yemeni government officials confirmed the offensive and said they were engaged in intensive operations against the rebels, who control the capital Sana’a and much of the north.

It was not immediately clear whether the offensive was linked to an offensive launched by rebels on Marib a year ago, which resulted in the retaking of a coastal road leading to the port city of al-Mokha.

Last week a Saudi-led military coalition announced it had ousted the Houthis from the provincial capital, the strategic city of Mukalla.

And on Thursday, the coalition said it had liberated the last city still under the control of the Houthis, Taiz, where the truce brokered by the United Nations in March had allowed the most sustained civilian evacuations of more than 200,000 war-affected residents.

The war has killed more than 10,000 people and displaced around 3 million, and resulted in a humanitarian crisis in the poorest Arab country.