The erosion-crippled Niger delta of Nigeria may be completely reclaiming wetlands, leaving only a limited ecological and environmental footprint, according to a recent study. But while these ecosystems are being “reclaimed”, the recent landslide… 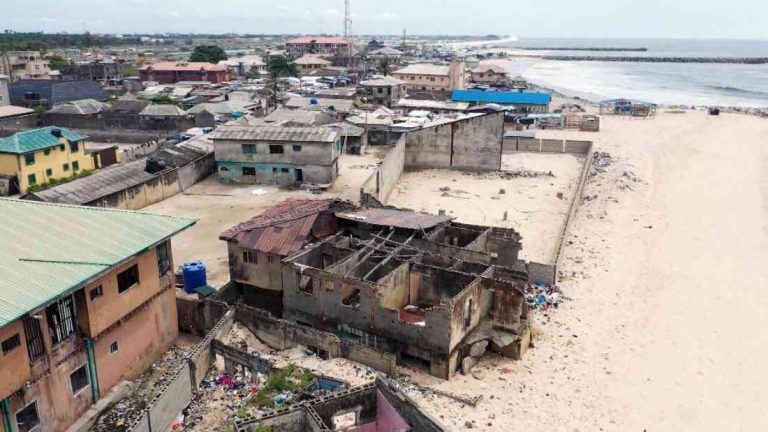 The erosion-crippled Niger delta of Nigeria may be completely reclaiming wetlands, leaving only a limited ecological and environmental footprint, according to a recent study.

But while these ecosystems are being “reclaimed”, the recent landslide at Benin mudflow “Bana” lake has added its own rush of sediment and rubble to the process, to cover lands that will never be again inhabited by people or ecologically useful.

The new study paints a mixed picture of the rapid, overlapping growth of infrastructure and agriculture across the flood-prone delta; one that neglects it but also sees it being transformed into a new ecosystem.

Unrest and lack of work: what is happening to Nigeria’s crop farmers? Read more

Resettlement camps as part of mega-projects such as a fourth ring road along the Ijaw waterway that drains to the Atlantic and the proposed Lekki-Epe port are contributing to an 11% increase in wood degradation since the 1980s, or approximately 8,350 miles of wetlands. A further 4,000 miles of logged land can still be found in the delta.

The delta’s cashew industry and oil sands mining also contribute to the destruction, as do overfishing. Due to environmental damage, the economic potential for Angola, also dependent on the delta for its hydrocarbon production, has decreased to zero – amid a sharp reduction in fishing capacity and lowering of catch rates.

Inhabitants are being relocated from structures in which families lived in ancient mudware communities, formerly very dense on the delta’s flood plains. In the last few years, rice, palm oil and oil palm plantations are being carved out, with houses reduced to piles of rubble as the soil collapses.

Since 1960, thousands of people have been driven from their homes by flooding, while another 28,000 have been left behind, relying on subsistence food farming and fishing.