Two American missionaries have been released from Haiti, where they were abducted Monday afternoon by armed men, according to missionary groups and media reports. Christians Persecuted For Their Faith: Violent Death of Jonathan Daniels… 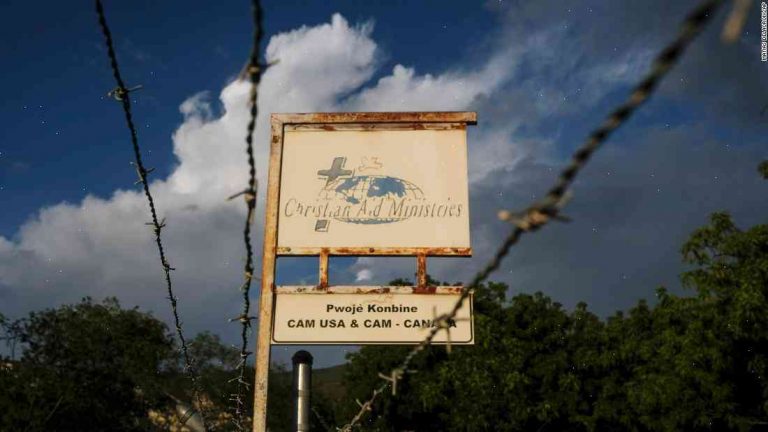 Two American missionaries have been released from Haiti, where they were abducted Monday afternoon by armed men, according to missionary groups and media reports.

A press officer at the U.S. Embassy in Port-au-Prince confirmed to Fox News that rescue operations are under way, but she had no further information about the whereabouts of the hostages.

Brian Ladd, a member of the Mountain Lake Christian Church in Dubuque, Iowa, confirmed to Fox News that one of the American Christians still was missing.

“The two that have been released are in the process of getting back to their families,” said the group, in a statement. “One of our two survivors is still being held captive, however we are hopeful that she will be released soon.”

There was no word about the hostage’s condition.

Members of the Rancho Calvary Missions Church in Indiana were among the kidnapped members.

“The conditions under which these people were being held were appalling,” Reverend Ken Tolbert, the pastor of Rancho Calvary, told The Associated Press. “They were almost locked in and forced to work. They were constantly using their weapons.”

The kidnappers cut off the electrical wires that had been used to provide power to the homes where they were being held, he said. They were not hungry, but they felt they needed a certain amount of food to sustain them through the night.

Authorities have no suspects.

Tolbert said one of the abducted missionaries is a husband and father of four sons. Another one is a “home school” teacher and the third is a pilot, he said.

The abductions bring to 11 the number of Americans who have been kidnapped in Haiti since the country was struck by a devastating earthquake in 2010, said Carey Mulligan, the head of Mountain Lake Christian Church.

Mountain Lake Community Church, based in Cedar Rapids, Iowa, joined the rest of the American missionary community in praying for the safe return of the kidnapped church members.

“These kidnappings have only made our hearts, as well as our faith, more full and deeper,” said Bob Wolaver, president of the American Association of Christian Schools International.

They were participating in a church mission camp, known as a “Leiter’s Grove” event, organized by Rancho Calvary, when the kidnappings occurred.

Business deal may be closing off the cobalt market