In 1968, The Meters were the house band at Philadelphia’s Dingwerks nightclub, and had just been introduced to New York by the Rolling Stones, who’d played the room the previous evening. They’d branched out… 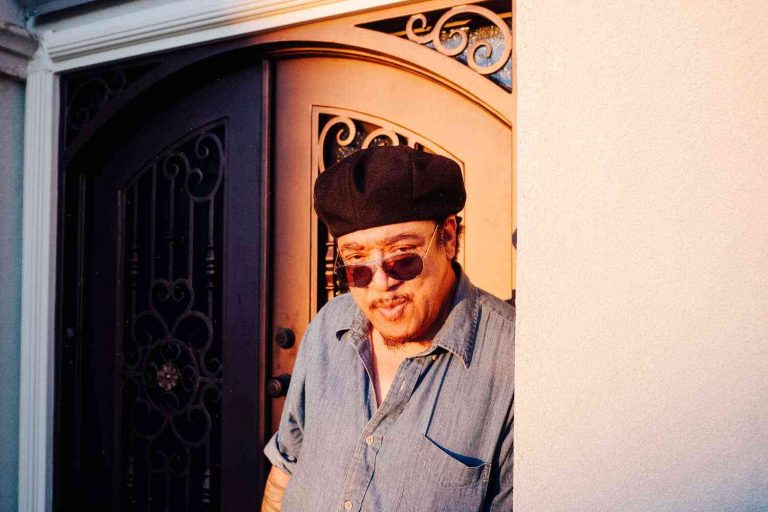 In 1968, The Meters were the house band at Philadelphia’s Dingwerks nightclub, and had just been introduced to New York by the Rolling Stones, who’d played the room the previous evening. They’d branched out into recording later that year and released four albums on Motown before learning what everyone knew – that they were a killer live band with the coiled energy of the band that had first perfected the style – James Brown’s Famous Flames – and the direct beat of the Whipping Boy, Clyde Stubblefield’s corner-cutting piano figure that remains as near as you can get to The Boss. When the BBC invited them to New York, the band said yes – but within a few months, drummer Leo Nocentelli had fallen out with label boss Walter Hood Jr, wouldn’t set foot on the Warner Brothers lot, and was packing up his kit and heading to home.

A string of troubled relationships since then have kept Nocentelli out of the limelight. He got remarried to Mary Buck in 1973, and has three children: Evelyn whose 2001 solo debut, Bull Moose, was nominated for a Grammy for best urban contemporary album; Faith, and Lauren – whose title hit single last year was voted 18th greatest Number One song of all time by Rolling Stone readers.

There are only three more charts on his sheet music list; of his 35-book archive (Minty found his first job at Kingston Mercury when Nocentelli’s work as a local DJ preceded his arrival), only one has stayed on the shelves for 50 years: this one. And when I say “endangered”, I mean endangered. Much of it is now stored in the Philadelphia Public Library’s L’Enterprise branch, an enormous room built in 1890, which once held all the city’s public libraries until the move to something more convenient for the roaring 20s. Now, it’s home to Wayne P. Johnson, who’s a hip-hop historian and collection manager, and who has recently been working to salvage everything the archivist salvaged from the WTC during the hurricane; that includes Brown’s early letter, found in 2013, informing the institution that he wouldn’t be returning in the wake of the incident. He says, on the plus side, that Nocentelli’s bill doesn’t call for the arced motifs of the Whipping Boy – the attention to detail of meticulous rhythm work is what’s on this recording, it’s the swinging drumkit and tom-toms, thumping clarinet and breakdancing rhythm guitar that makes this clip worth digging out.

The introduction from George Clinton’s PUSSYCAT DOLLS and a verse from Al Capone’s Howlin’ Wolf have been edited into here; the latter dropped out before this and the Delfonics and — natch — James Brown once again. Alstagg’s “Heat Wave” – released as a 1963 instrumental – is on the same sheet music list: I’ve transcribed the entire beat in Pink Floyd’s crystalline grooves for you: it’s a turn-up, with a corner-cutting eight-beat piece, a snare kick and plucking guitar. When the song gets going, Nocentelli sticks to the drumkit set for speed and precision as Harlem’s Fats Waller (who wrote the tune) flails around, trading rip turns: he has a rhythm pattern even after he’s adopted the original. Nocentelli’s penultimate solo is at its most powerful here. It’s Nocentelli’s prelude to Lamb’s funk revue, a long, lurid, first half of the video for their current single, sitting on the bus, headed home. Lamb hit his stride here: wearing that white leather jacket, swinging on the maracas and driving through some more of the funk with her pals; her satiny dances are in gorgeous contrast to the African drumming and low-riding bass, along with Nocentelli, to tie it all together. This is a rush worth seeing.