(Left to right): Former Fordham College professor Mark Krasnow and student Brian Paulin. (Sean Searcy / Daily Collegian via AP) Over the past several weeks, The Daily Beast has chronicled the tragic and unfortunate… 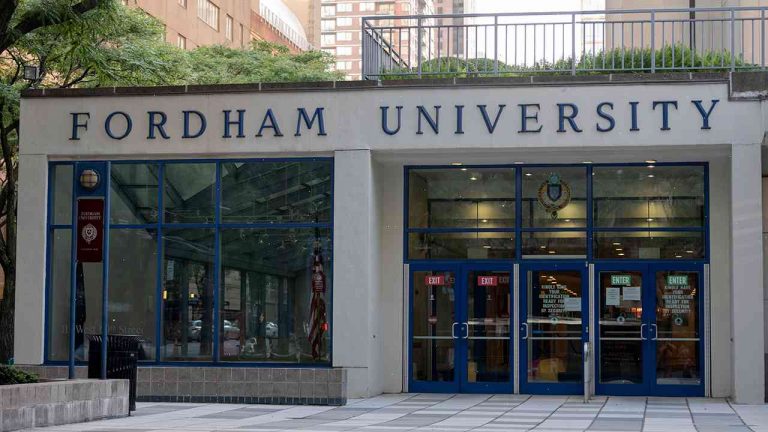 Over the past several weeks, The Daily Beast has chronicled the tragic and unfortunate tale of Fordham College professor Mark Krasnow, who is now facing allegations of sexual assault from two former Fordham students. Now, those students are suing Fordham and Krasnow for the administration’s failure to adequately protect them, which led to their humiliating tales of male biology professor’s infamous “Zoom” incident.

The document, filed with the New York State Supreme Court on Friday, was written by Brian Paulin, Fordham’s class of 2004 graduate and one of the two students to file the complaint. He writes that he was sexually harassed by Krasnow during a nationally-touted course titled “The Untold History of Zoology,” with Krasnow using the name “Zoom” to describe sexual acts.

Brian Paulin also described in detail what it was like for him to be sexually harassed by Krasnow over the course of several years:

In a similar fashion, Krasnow commented upon Plaintiff’s body, instead of addressing class content. When talking about one student in particular, Krasnow seemed to imply that they were together. Instead of engaging in a thoughtful discussion about the content of a paper, Krasnow told the student: “We have to remember that we’re students; we’re not even students” with the implication that students are expected to quickly conform to his wishes, including allowing Krasnow to touch their private parts without their consent. Additionally, Krasnow’s intrusion into Plaintiff’s physical and mental health and his sexual behavior also forced Plaintiff to submit to Krasnow’s control and thoughtlessness, all for the purpose of enhancing Plaintiff’s experience.

Paulin says that Fordham failed to adequately address his concerns about Krasnow, and then ended up making the situation worse, by supposedly terminating the prof’s contract without interviewing him. An investigation was launched, but eventually lacked any teeth and was instead led by a professor that Paulin knew to be biased against Krasnow and his gender.

Finally, on a voluntary basis, Paulin says that he gave Krasnow a year to resign, and claims that after spending that year looking at the GMATs of engineering students, he was forced to resign rather than sign any of them. Fordham then retaliated against him by releasing incomplete grades in June of 2016 and requesting a hefty severance package before he decided to leave.

Paulin’s complaint accuses Fordham of failing to properly investigate the “Zoom” claims and not allowing him to discuss them with Dr. Jim Walsh, the provost, who he claims did nothing to stop Krasnow.

According to Fordham’s policy concerning sexual harassment claims, non-consensual sexual contact is “immediately” reported to the administration, and faculty members can be suspended or terminated without being criminally prosecuted for making sexual advances. But the policy goes on to acknowledge that “Such action would be far less defensible, and not acceptable in the teaching community,” which fits with the court document’s claims that Fordham went from “promising to act” to preventing further investigation without recognizing Krasnow’s role in the situation, minimizing his responsibility and effectively shutting down any potential opportunities for discovery.

Students and professors can file their own private lawsuits when they feel their department hasn’t responded to an incident within the guidelines of their codes of conduct.

Of course, Krasnow’s case, like many sexual assault cases, remains open-ended, as no federal or state investigation has been initiated. As a former Fordham faculty member in charge of Title IX